How God stole my identity

I signed up to share a devotion at my MOPs group and as I thought and prayed about what I wanted to share, it left me with lots of questions

How do I encourage mothers of preschoolers?
What have I learned from my own experiences as a mother that I can share?
What do I even have to offer?

How God is stealing my identity….
Ephesians 2:1, 4, 9&10 reads “But God, being rich in mercy, because of the great love with which he loved us, even when we were dead in our trespasses made us alive together in Christ-by grace you have been saved. Not as result of works, so that no one may boast. For we are his workmanship, created in Christ Jesus for good works which God prepared beforehand that we should walk in them.

It has been a steady stream of me recognizing what I’ve put my identity in and slowly surrendering those areas to God. it’s a slow, steady process of recognizing that maybe my way, as right as it seems to me, may not be the way God uses everyone else.
As women it’s so easy to look around and think that because we can’t do things as effortlessly as another might, we…I tend to think that I need to just try harder, rearrange everything, but really God just wants us to admit that we aren’t enough and we need him to give us what we need to do it all.
Thank God, that at the end of the day when I am spent and I’m snuggled under a blanket on the couch ready to fall asleep watching tv and the dishes are all over the kitchen, the front room is trashed, the laundry backed up…still and the kid’s bathroom probably hasn’t been flushed all day, that my Creator still cherishes me and still includes me in his great plan to bring glory to himself.
at Wednesday, December 07, 2011

Cassie’s “I think I cans” 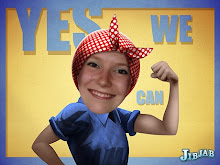 Jasmine Gets the job done 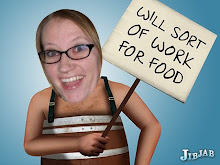 Holly is our “Price Fighting Princess” 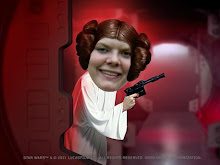 Check out our facebook page for all the deals that she finds!